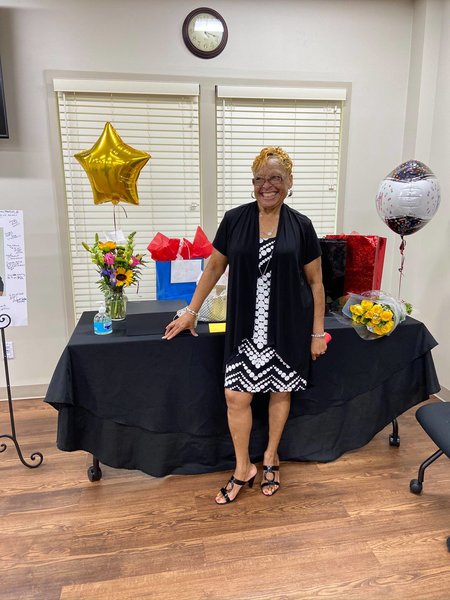 Jacquelyn Lockett Peeples began her employment  with JBS on November 13, 1978, as a Live-In Training Assistant in our Intellectual Disabilities division.Jackie graduated from Stillman College in 1977, and her reference letter from the chairman of the school’s Division of Business, Education, and Social Sciences noted her punctual attendance, submission of assigned materials in a timely manner neat appearance, and maturity with s very stable personality.

It is not often a business has an employee with 41 years of service.  Jackie’s loyalty to the individuals we serve, the staff with whom she worked, and JBS is greatly appreciated.  Her knowledge, experience, and pleasant demeanor will be greatly missed.  As Jackie retires, she has an outstanding career to be proud of, as well as the knowledge that she has impacted the  lives of everyone she has touched.  We send you off into retirement with a tremendous amount of love and respect and much appreciation for her dedication and years of service.  We wish Jackie a happy and healthy retirement!